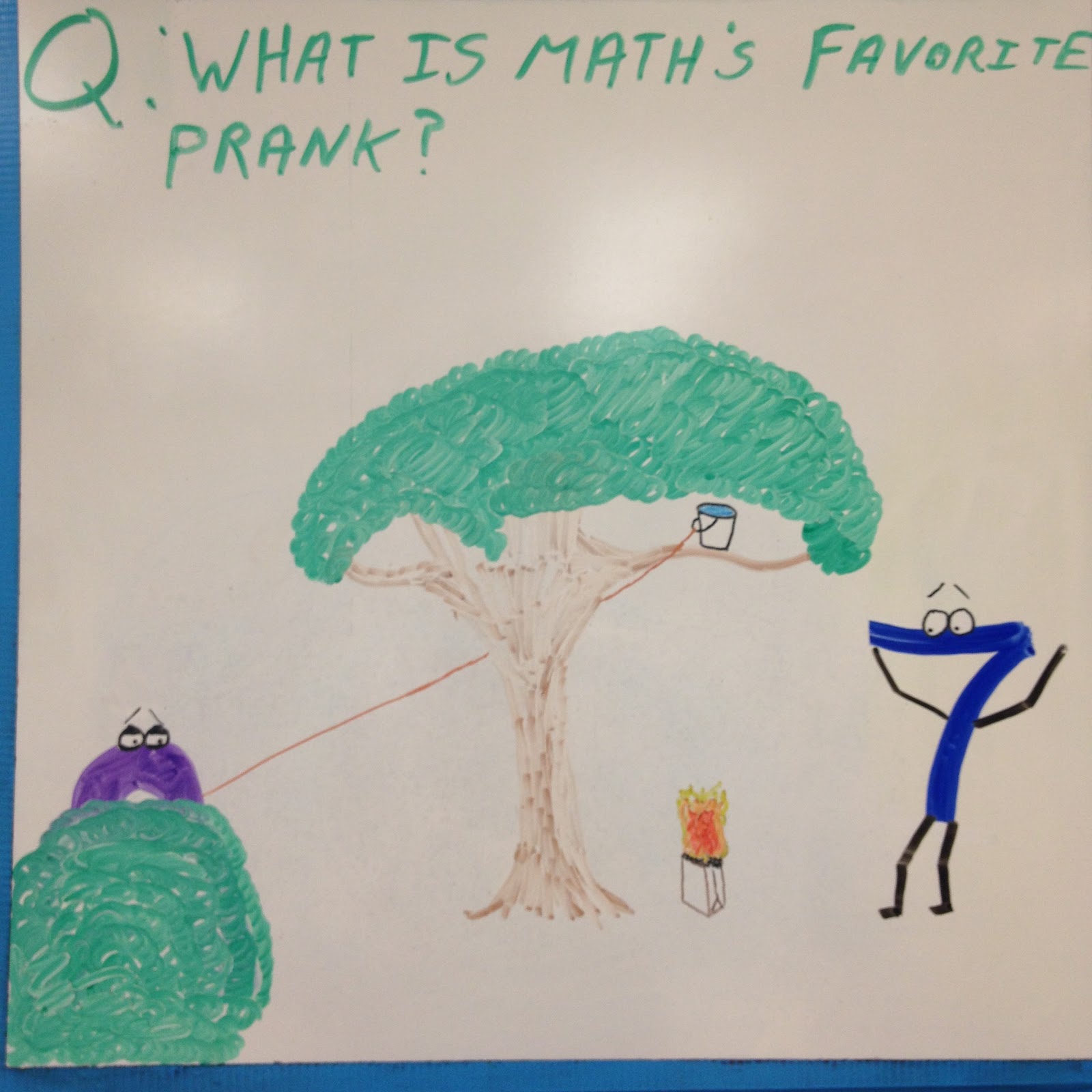 With the marking period ending tomorrow, students are scrambling to get their grades up.  I'm also getting concerned e-mails from the parents of the geometry students, which I greatly appreciate.  E-mail is always my preferred method of parent communication because it gives me time to gather my information and respond to concerns without getting defensive (which often happens.)

I responded to several e-mails from parents who asked why their child had such a low grade and wanted to know how said child could improve it.  I explained to them that all students have been given the opportunity to reassess the chapter skills at any time during the marking period.

With the Chapter 6 test, however, I had not provided that chance.  It was a multiple choice test and the majority of the class bombed it.  Since my goal is to help them learn and grow and not to fail, I decided to ask them to learn from their failure.

I gave another Chapter 6 test today, covering the same material, but with 3 major differences.  First, this assessment was open-ended.  I have found that my geometry students do MUCH better on open-ended than on multiple choice.  Second, they were allowed to use notes and work with partners.  Having to justify their answers to a partner makes them more likely to be careful in their work and double check their process.

Third, this assessment was optional.  I told the students that they could take the score they earned on the first test if they wished, but they had the chance to make it up.  They were also told that if they did, the new grade, good or bad, would replace the old one.  My thought process about this is that their previous scores were mediocre enough that they would be compelled to reassess.  Knowing, however, that there was the risk of actually LOSING points would compel them to put extra effort in, double checking their work and being extra careful.

They were! They were so cautious that almost no one finished.  They were, however, working VERY hard and I was very proud of them.  I pretended to be the benevolent dictator with a change of heart and let them work on it tonight to turn in first thing tomorrow.  Aren't I nice?

In pre-algebra, I gave in.  We did work book pages for the period.  I've been pushing them pretty hard in terms of critical thinking and I may have burned them out.  I'm planning to give them a few days of successes doing workbook pages, which they seem to enjoy doing, before I push back to the higher order thinking activities.

I hate doing it that way, but they engage in the tasks that involve the least amount of skill.  I'm hoping that I can use that engagement to slowly ramp up to harder, more interesting things again.
Email ThisBlogThis!Share to TwitterShare to FacebookShare to Pinterest