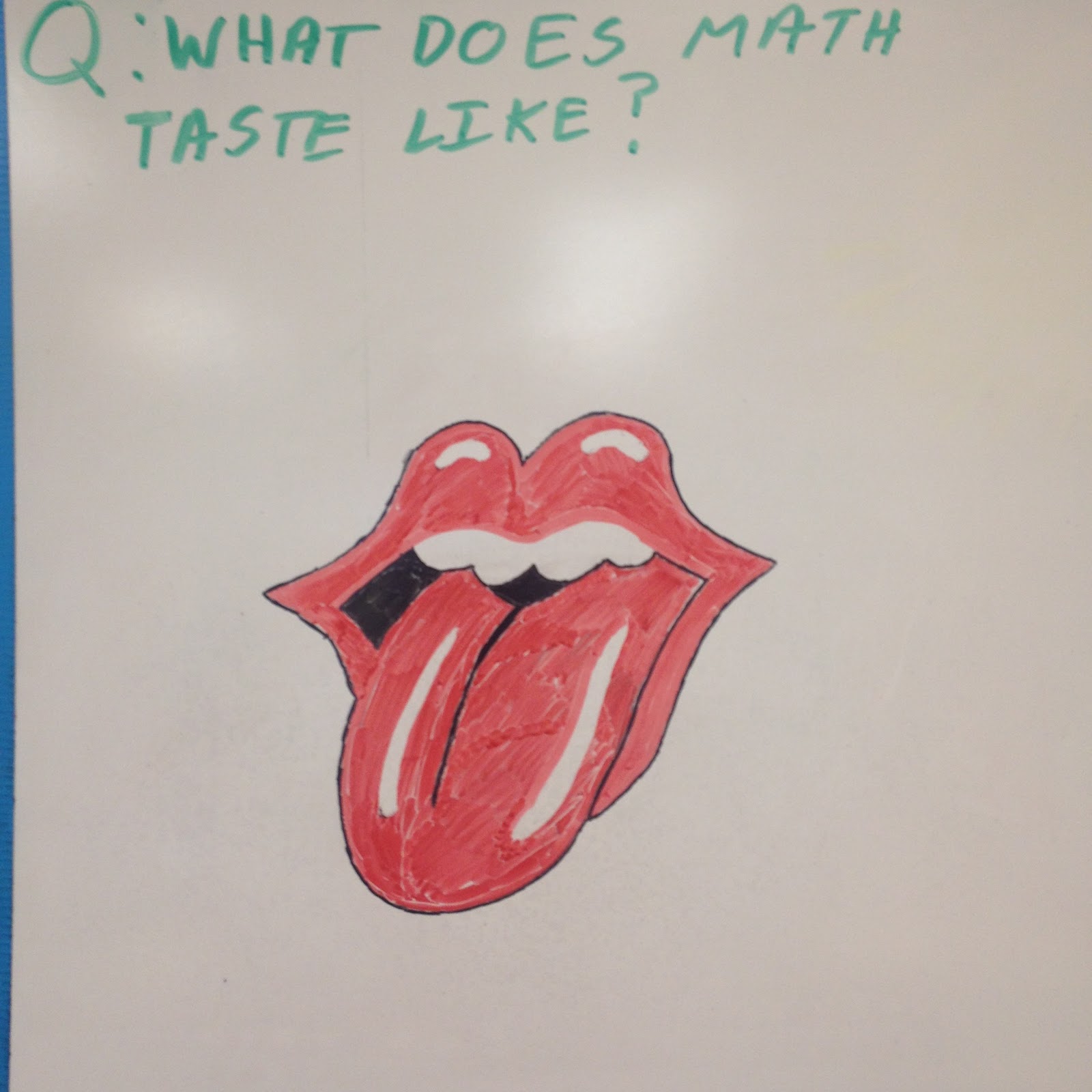 Warning: This post contains a photo at the end with profanity.

Today was Act 2 of my lesson on angles, perception and distance.

On Monday, we talked about how the eyes work in terms of depth perception.  We didn't talk much about the calculation, but more about the concepts.  The discussion was excellent and I was VERY excited for today.

When students showed up to school today, they saw this: 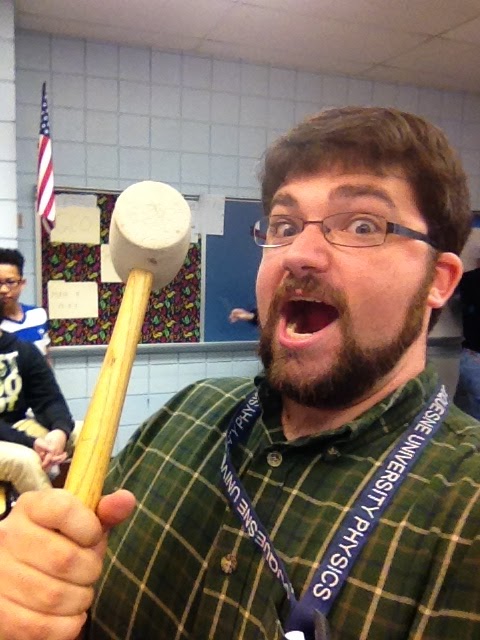 Once we got started, I asked them about a problem we did last week that used angle measurements at two points to determine the height of Ayers Rock.  It was a complicated problem and required them to move out of their comfort zones.  I asked them to identify exactly how much information we were given in the problem.

We talked about ways that you could create depth perception if you only had one eye.  One student suggested that you could move back and forth, looking at the angles that changes.

Me: "If I were going to do that, should I move a little bit, or a lot?"
S: "The more you move, the bigger the difference will be and it will be easier to calculate the distance."
Me: "So if I wanted to calculate the distance to something far away, should I use two points that are close together, like my eyes?"
S: "No, you should pick ones that are farther apart because the angle will be bigger and easier to see."

We did some extensions of this through diagrams, without numbers, on the board.

I gave each pair of students a protractor and two sticks and we went outside.  I had brought my mallet so I could pound the sticks into the ground, but it was wet and soft enough that they were able to push the sticks in. 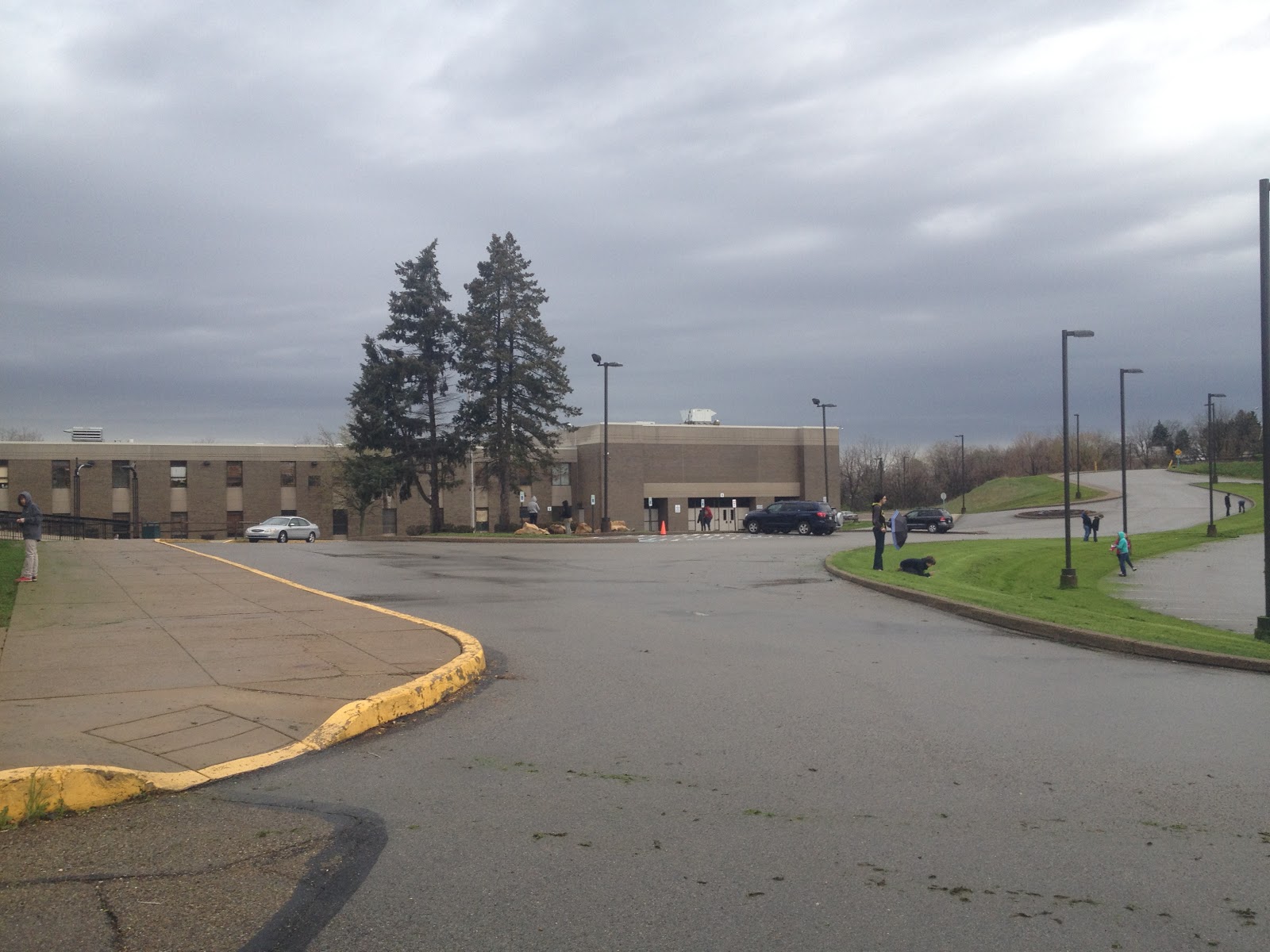 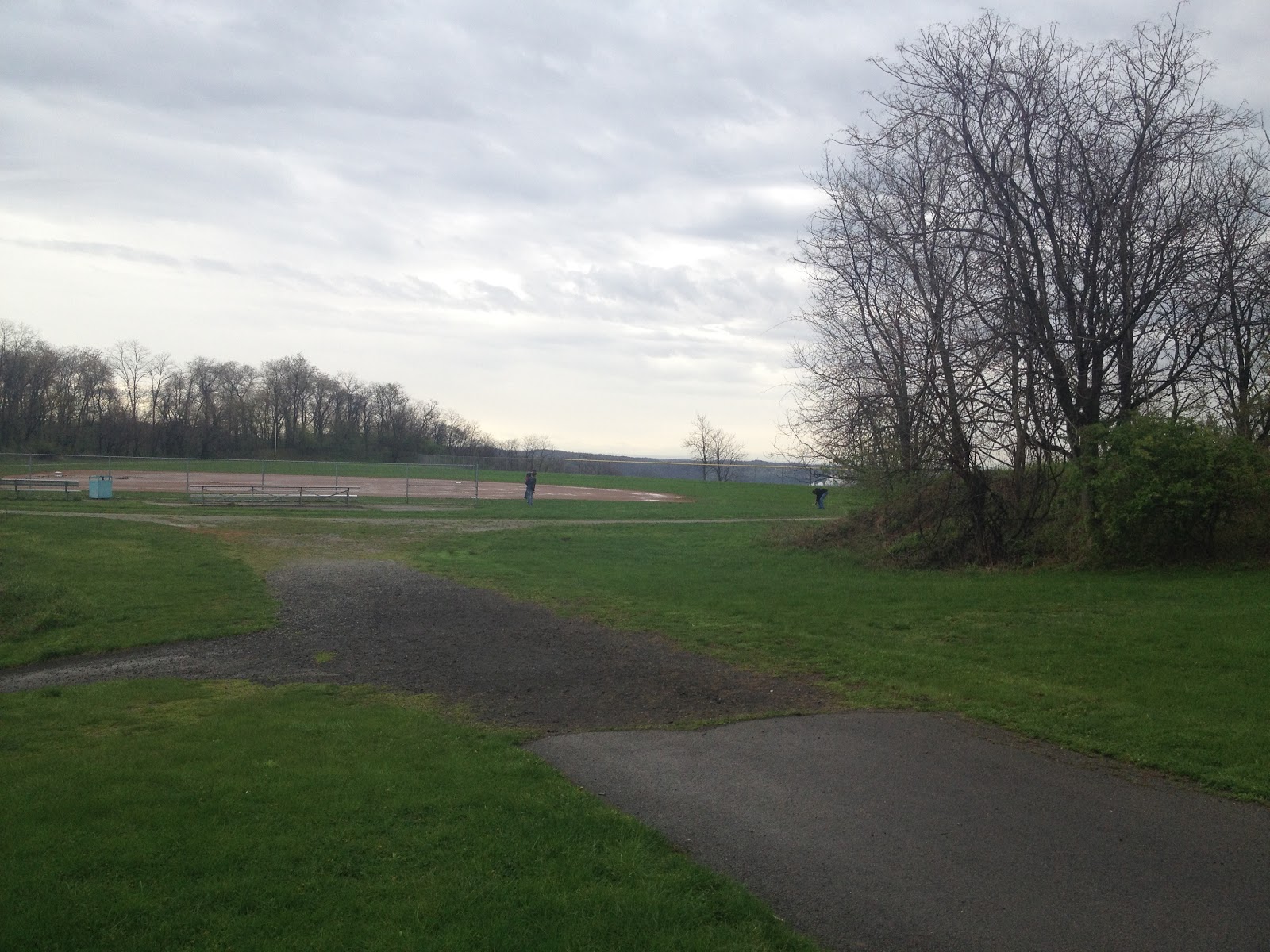 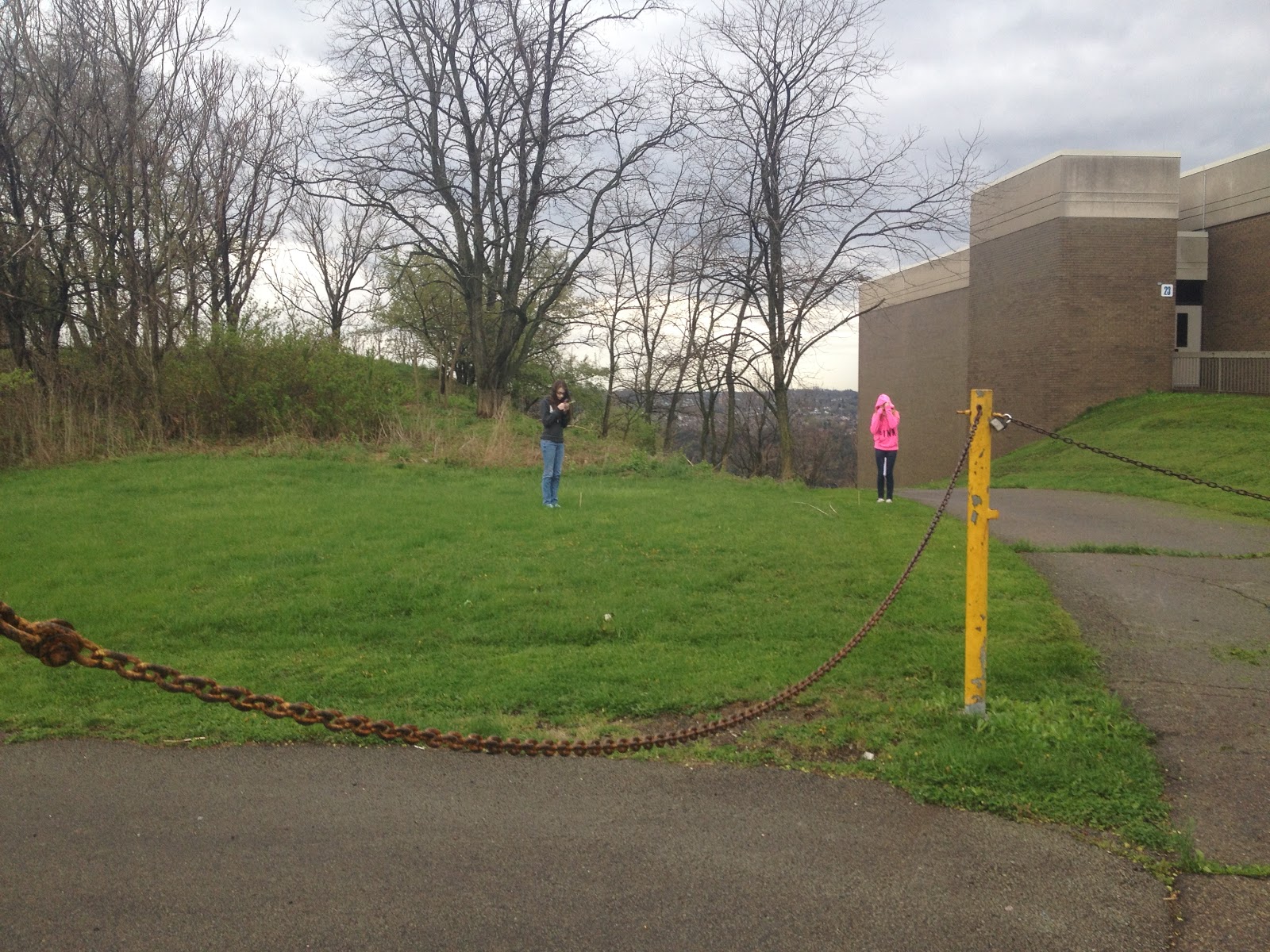 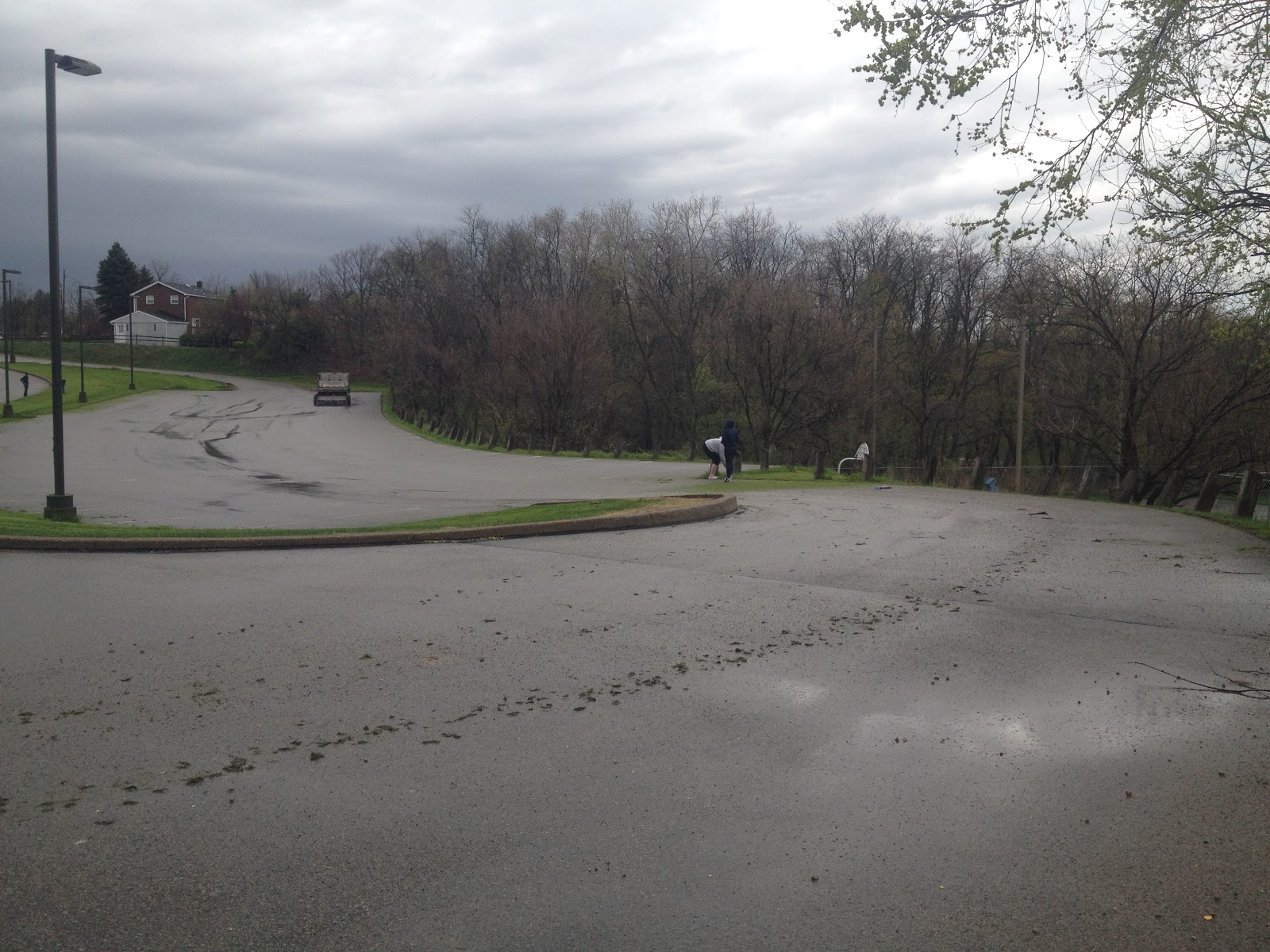 They were awesome!  There were a few groups who didn't quite get that they could leave the sticks in the ground for both objects as long as the object wasn't in the same line as the sticks, but overall, it went VERY well.  In 20 minutes, 28 students had gone outside, planted dowels, taken measurements, gathered data and returned to the classroom.

Did I mention that it was raining almost the entire time?

Me: "Great! Now show me how far away those objects were.  I want to see everything! Diagrams you used, calculations you made, everything.  If you're not sure how to set it up, talk to your partner and look at the Ayers Rock problem."
S: "I don't know how to set this up! What do I do?"
Me: "This is a problem solving activity. We talked about what you needed and that it would be enough information.  Use the resources you have to determine the distance.  Check your notes, experiment with different triangle set-ups.  It's a puzzle and you can do it!"

It was an amazing activity.  If I think about it, maybe I'll write it up all professional-like and charge the people a dollar and a half to see it.  Then I'll be rolling in dough!

Period 4/5 worked very well on the word problems with percent change.  Volunteers walked us through the problems step-by-step.  We had a very good back and forth discussions and had friendly interactions.

Period 8/9 came in rowdy and destructive.  Within 20 seconds of the start of the period, they had done this: 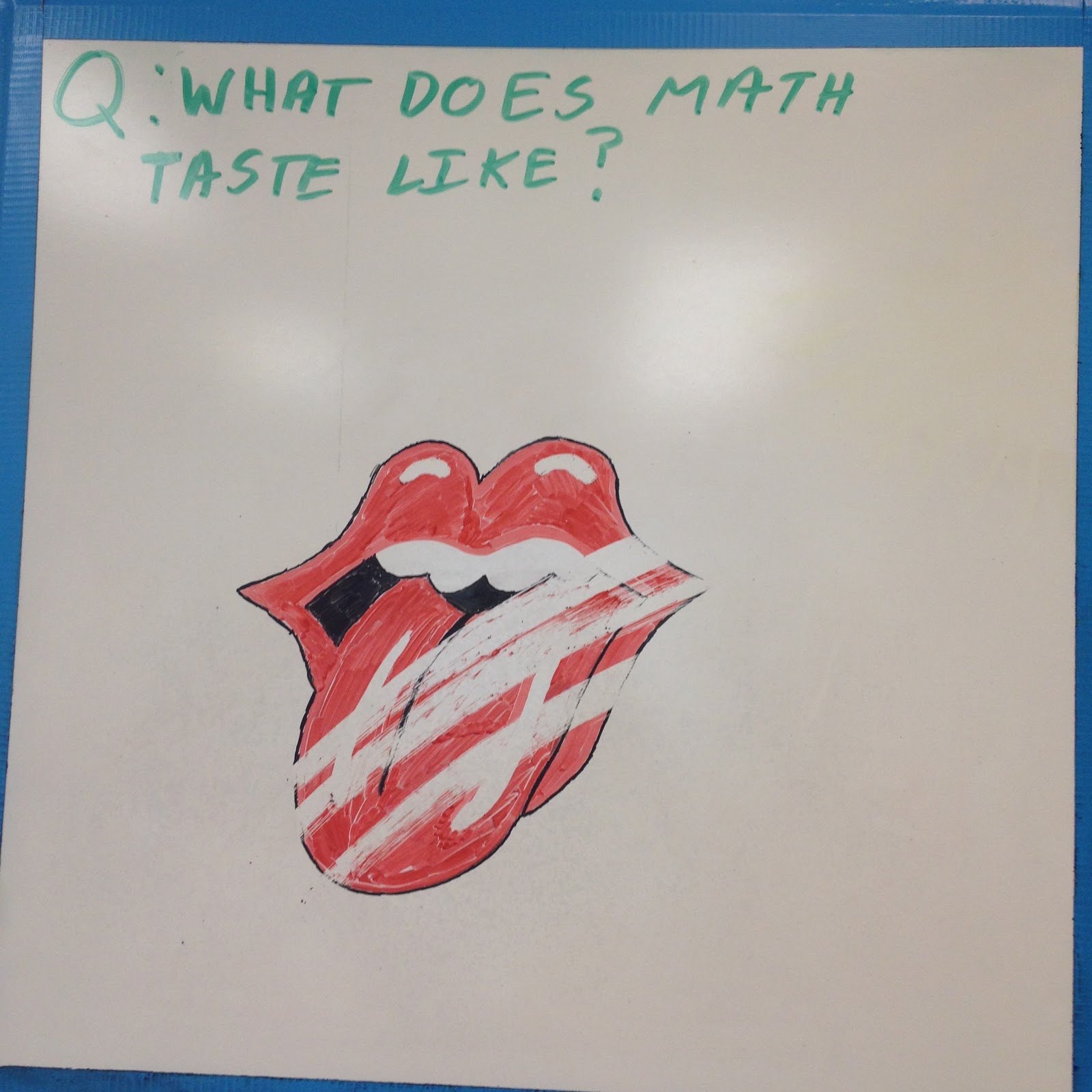 And they seemed genuinely confused as to why I was upset.  I assigned them to work independently on the next topic, simple interest.  While the introduction to this happened through discussion and examples in the other class, I wasn't able to push my annoyance and frustration away to stomach a conversation in this class.

The student who complained that I don't grade enough items once again did not complete his homework.


I'm going to take deep breaths and swim through the joy that my successful lesson brought me this morning and not let my pre-algebra class drag down my spirits.  Tomorrow is another day.


Warning: The following picture contains profanity and has been rated "Dull" by the Education Association of America

The following was written on my classroom door.  The paper is list of school-wide expectations.  Instead of taking the graffiti down, I decided to respond in an educational way. 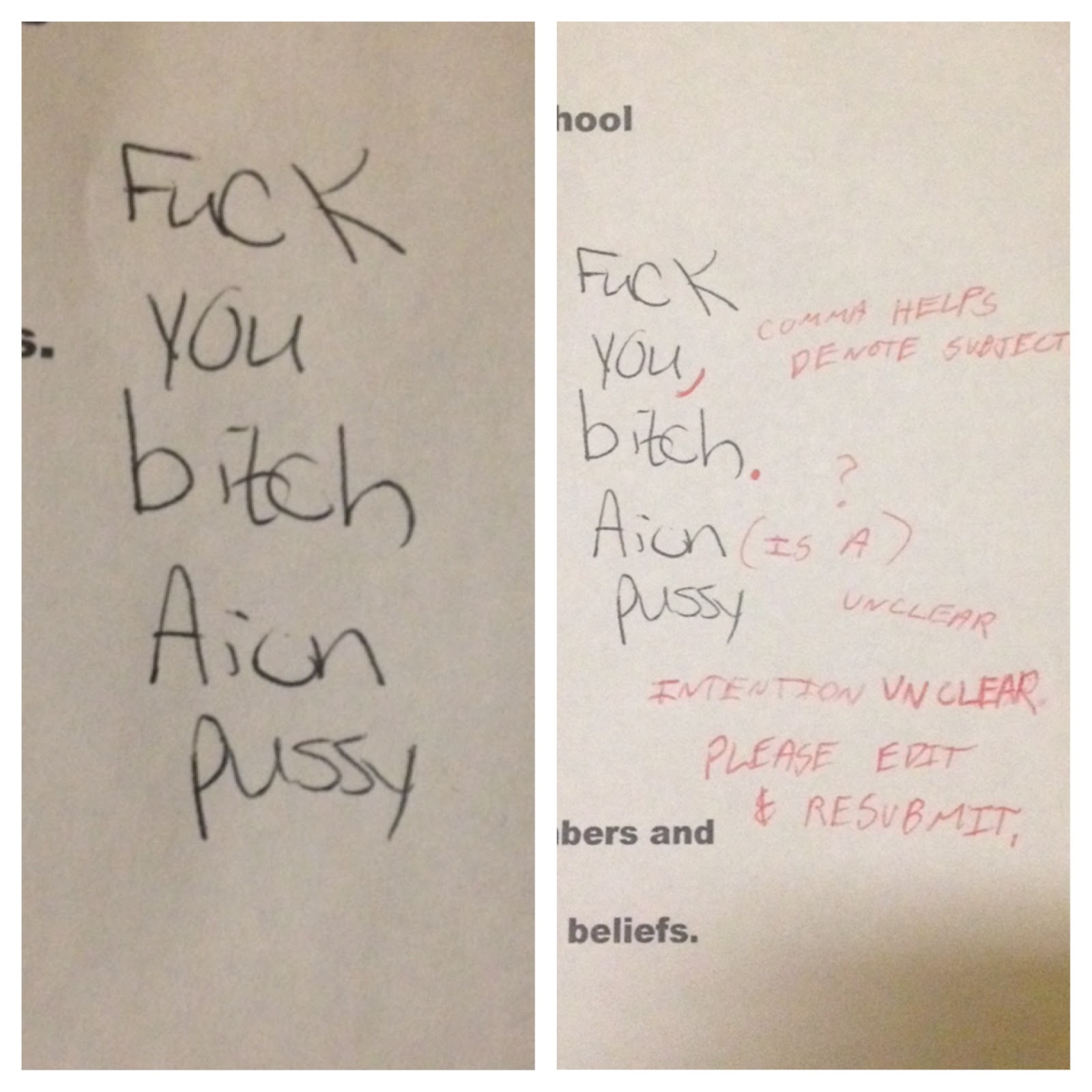