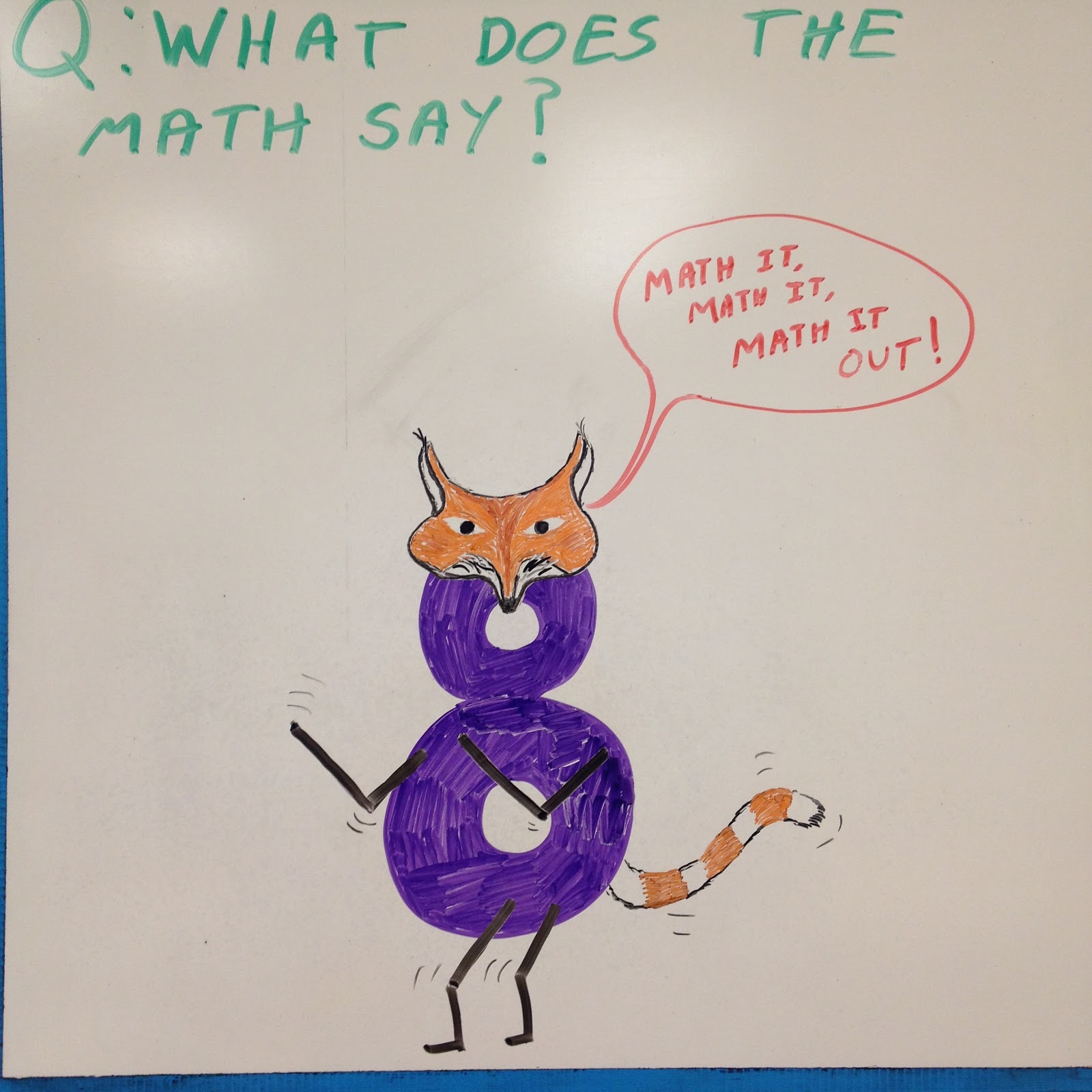 A stray comment at the beginning of geometry about students smelling bad lead into an hour and a half long discussion about rape culture, gender roles and double standards.  I had been noticing more and more the way that the boys in my school treat the girls and vice versa and I don't like it.  We talked about, not individual biases or individual behavior, but how we view men and women as a society.  What we see as standards for beauty, manliness, appropriate conduct, objectification, etc. were all dissected and discussed.

I think that some parents and teachers might see the discussion as inappropriate for the age group and the math class, but I disagree on both counts.  My school doesn't have a comprehensive sex education program at the age when studies say it is more necessary.  It's also the age when gender roles are being solidified and emotions run high.

It was an excellent discussion and they asked great questions.  I felt that they were very receptive, joking when things were funny and serious when they were not.  I caught looks of agreement and even relief from several of the female students.

I have more thoughts about this, but they aren't fully formed yet.  I shall think on it some more.

When I covered an English class later in the day, several of my students told me how much they appreciate my class and how they really enjoy going (or at least aren't excited to leave.)  They said how I'm not like other teachers because I care about them and I'm interesting.

This was a class that is known for being rowdy and loud and unproductive.  During the time that I was watching them, they worked hard and well.  They didn't disrupt each other and they were kind.  I attribute this to the fact that I was the one covering the class and that I have spent the year building respectful and caring relationships with them.


@JustinAion @TechedUpTeacher The ability to establish relationships with students is what makes a content expert a teacher.
— Zack Patterson (@misterpatterson) April 25, 2014


My pre-algebra class knocked it out of the park today and I will give all of the credit to Fawn Nguyen for the amazing activity that kept them engaged.  We are finishing up our unit on percent change with discount and mark-ups in stores.  I brought in the class set of iPads (upon the cart of which I would never ride down the hall, boogie board-style) and had them look up the prices of items at Target.  I told them that the person who got closest to $500 (after discount and tax) without going over would get a bunch of jelly beans.

In the 144 prior days, I have NEVER seen them work as hard or ask as great questions as they did today.

They worked SO hard, in fact, that I did something I almost never do: I extended the deadline.  Instead of being due at the end of the period, I let them take it home.  I made it very clear that it would be counted as a quiz grade and if they didn't think they could remember to bring it in, that maybe they should finish it.

I had one group hunt me down later in the day to turn their in.

They used the iPads responsibly and well.  I didn't have to ask a single kid to get off of games or music.  They were on task and engaged for the entire class.  Conversation may have wandered a bit into the realm of which gaming system was better, but it didn't hinder the work.  They were so engaged that half of the students didn't utilize the break at the halfway point.  They worked right through.

It was fantastic, except that half of period 8/9 left them on their desks and so will get a zero on Monday...

Clearly I need to hire Fawn to design all of my activities.

It always seems so random to try to figure out which activities will engage students and which will flop.  I think it's 100% possible that this exact activity would have failed horribly on another day.  So much of what we do is a reflection of things beyond our control.

I am incredibly grateful to Fawn for this amazing lesson that my kids loved.  I am grateful to my students for having an "on" day and being engaged.

This was a great week.  Now I'm REALLY going to buy a lottery ticket!
Email ThisBlogThis!Share to TwitterShare to FacebookShare to Pinterest