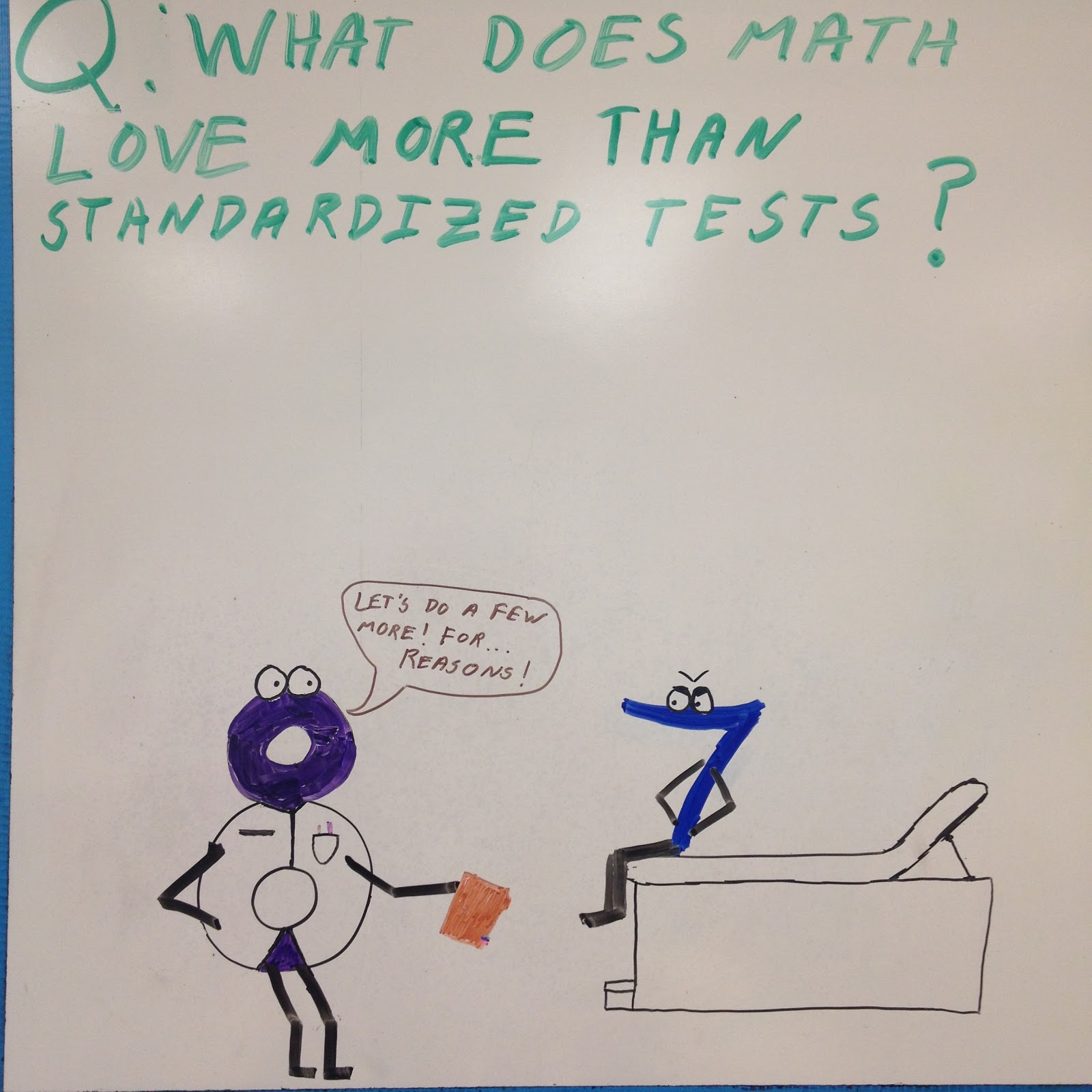 Author's Note: This post is bitter and angry.  I've been trying to avoid posts like these because I don't want to be complaining, but if I want to be honest with myself and my readers, I need to include what I'm really feeling.  I didn't intend for this to be a list of complaints.  I don't think complaining is productive or useful.  It only winds me up and gets me more upset.  But these emotions are real and need to be put down.

Today and tomorrow, the 8th graders are taking the writing section of the state-mandated standardized tests.  My bitterness at the loss of my geometry class again and again, as well as coverages yesterday and today is starting to leak over.

On an unrelated note, my room has 97 ceiling tiles, 2 vents and 15 lights that are placed in an odd pattern that puts me in mind of the ball drop game with moving platforms. 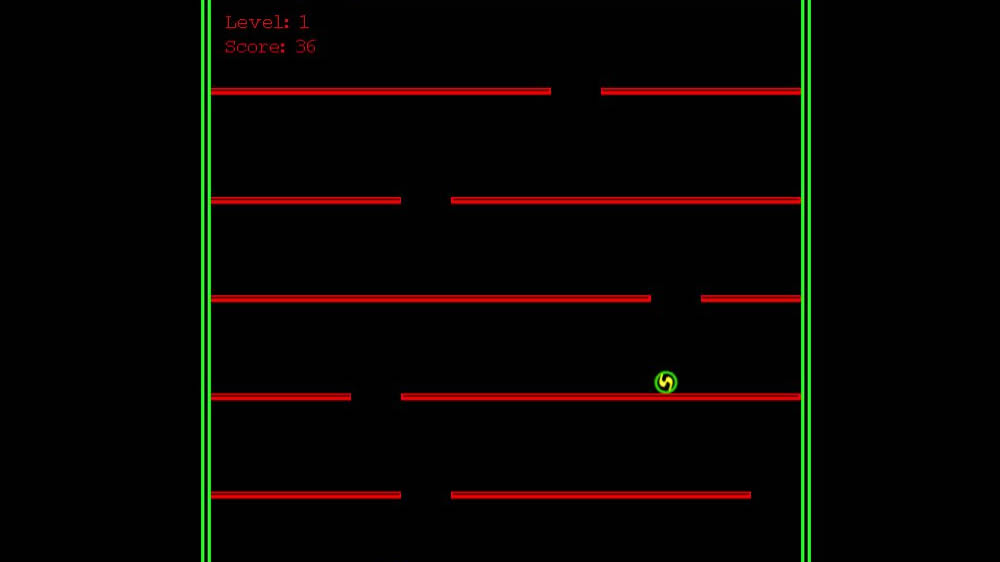 I often look at cars or airplanes and wonder "how did we get here, in terms of human development?"  Listening to stories on NPR, I wonder about the process of evolution that brought us to feel as though the speed at which a man throws a ball to another man is of vital enough importance that we feel the need to set furniture on fire in the streets.  I wonder about streets.

Standardized testing causes me to go into a deeper existential crisis than almost anything else I can think of.  What processes of human emotion and need have caused us to think that this was a good idea?  I know the basic history and the factory model of education, but I have tremendous trouble understanding why we still do it.

With so much research that talks about how standardized testing is not a good determination of  anything besides a student's ability to take standardized tests, why are we still spending 5% of our instructional time on such things.

It's alright though.  As frustrating as they are, they are really the best measure of how effective a teacher is.  I mean, besides anecdotal data, formative assessment, content confidence of students, administrative and peer observations of teachers, long-term success and happiness of students, or any of a handful of other ways to determine if a teacher is doing his or her job.

Imagine how different our country would be if a yearly health census determined how effective doctors are.  When studies come out about how much heart disease is effecting the country, how fatty foods and sugary carbohydrates are making us fat, not a single person thinks to blame the doctors.  Instead, we change health policy and examine how to help people make healthy choices.  We fund campaigns like "Play 60" and encourage people to get more active.

However, when studies talk about how we are falling behind other countries in terms of education, we cut education funding and blame teachers for those problems.

When doctors or lawyers open offices in areas of high crime and poverty, people talk about how noble it is.  No, they won't be able to stop the crime or end the poverty, but every little bit helps!

The school, however, is totally to blame.

None of these problems are the fault of individuals who live in those communities.  I don't, in any way, blame my students for the circumstances in which they find themselves any more than I blame Prince Charles for being born a prince.

My issue is more with myself for not having the courage to stand up against it in any meaningful way.  It's with the entire system in place that uses these tests to say that children in poor areas are stupid and less proficient.  With funding being tied to scores, rich districts don't have to care about these tests at all while poor ones are 100% dependent on the outcome.

I am burned out.  I am tired of being angry and frustrated.  I am tired of feeling ineffective and helpless.  I don't even think that the PSSA's are the problem.  They are merely an outlet (albeit a valid one) for these emotions.  Many of these are systemic and out of my hands, so I haven't been addressing them here.  Other than continued introspection on my own actions and emotions, I'm not sure what else to do.

Without the energy to fight, I took the coward's way out.  The few classes I DID have today watched Cosmos.  When they weren't too busy talking over Neil deGrasse Tyson, they actually enjoyed it.


I need help.  I need it so badly.  If I'm going to find a way to not just phone it in for the remainder of the year for the pre-algebra classes, I need some help.

I know that all I can really do is two things: 1) Provide a place for students to learn when they are ready to do so and 2) encourage them as much as possible to be ready to learn.  My current issue, which has been mounting slowly, but steadily, for months now is that several of my students seem to be insistent that if they aren't ready to learn, no one will.

I have spoken with them individually, tried to contact parents, spoken with our guidance counselor and principal, all to no avail.  I have even told them that I am willing to leave them alone (for the time being) if they would just allow me to teach and allow the other students to learn.

I don't think that it's malicious behavior on their part, although in the heat of the moment, it certainly feels that way.  I think it's an extreme manifestation of the basic egocentrism displayed by children.  They simply don't understand that their actions are adversely affecting the other students.  I don't know how to effectively teach empathy.

My speaking to them calmly about it may help in the long run, but in the short run, my classes have descended into chaos and anarchy.

From conversations with the faculty, I'm not the only one.

Until I figure out what to do, I'm going to move back to a much stricter form of discipline.  I don't know if it will be effective, and I don't much want to, but I am feeling constantly disrespected by my students and I have had enough.

I have calmed down enough that I realize my initial plan to become a hard-ass, as I was last year, is probably an emotional one.  Sadly, no better option has replaced it.

I'm so tired of shouting into the dark.

I'm so tired of fighting.
Email ThisBlogThis!Share to TwitterShare to FacebookShare to Pinterest