I was really scared to come to school today.  I am wary when lessons go well because I'm always waiting for the other shoe to drop.  It's an awful feeling and I wish I could kick it.

I want to wake up in the morning and think "Man! Yesterday was awesome! I can't wait to push it forward today into something even better! I'm going to ride that momentum as far as it goes!"

I hate that I wake up and think "Man! Yesterday was awesome! I wish I could continue that momentum."

I deeply worry that many of my students think "I worked super hard yesterday! I'm done for the week."

I worry that they think this because I've heard them say it.

So today, riding on my own energy high from yesterday, and capitalizing on a large number of students out for various events, I kept my energy up and pushed forward.

Geometry ended up being another stand-up comedy routine with some trig thrown in here and there.  I do feel badly about not covering as much content, but I think it's vital to build relationships with students and making my classroom a positive place for them to be a huge step in that direction.

There was a track meet at a neighboring school district today, so a large portion of my pre-algebra students were gone, making the class a very manageable size.  There were two students hitting each other right from the beginning and I had them both step outside the room until they calmed down. Once they returned, they were fairly productive.  I had to remove one of them again for instigating with other students, but another couple of minutes outside to think about his behavior and he was back to being awesome.  I need a time-out space...

Once we got into the lesson, we continued from where we were yesterday and talked more about percent of change.  I asked if any students had jobs and how much they made.  Donald works with his dad and gets paid $100 a week.

I set up the scenario that after a hard week of working, Donald gets his $100 and goes to McDonald's. He orders $4 worth of food.  A homeless man, after a day of begging, has made $10 and orders the same food as Donald.  Who is more effected by the amount of money spent?

We were able to draw back on the example yesterday where I took 1 jellybean from a student with 10 and 1 from a student with 2. We talked about how, even though Donald and the homeless man spent the same amount of money, that money had different value to each person.

I extended the example where, with his $100, Donald could choose between the $1 cheeseburger or the $2 double cheeseburger.  The students agreed that the burger he chose would have little or nothing to do with the price because how small a piece of his total it was, but for the homeless man, the piece would be much bigger and he would almost always make a decision based on price.  It was an excellent discussion and I was incredibly proud of the logical progress than many of the students displayed.

In period 8/9, however, I got about 15-20 minutes into the lesson before I had to remove several disruptive students and the ones remaining began arguing with me about the price of the burgers and the color ink I was using on the board.

It annoyed me so greatly that I put myself in time-out.  When I cooled down and re-entered the learning space, I pulled up the practice problems that we got to in the last 5 minutes of the other class.  We spent the next 40 minutes working on those, grinding through the calculations and not having any application or higher purpose.

They were engaged.  They asked good procedural questions and I was able to branch out a little bit with multiple approaches to the problems.

I was disappointed at the lack of higher-level thinking, but satisfied with their level of engagement.  I will be content with what I was able to get out of them, regroup and attack again tomorrow.

I think they were able to sense that I was done messing around with them.  When I had brought myself back from time out, I was polite, kind and understanding, but not friendly.  They knew they had pushed me too far and they were excellent for the rest of the class.

I'll thank them tomorrow for their hard work and ask if maybe we could start that way instead of getting there after I get too pissed off to teach.  I think they will be receptive.


Bonus: Here is yesterday's picture that I forgot to take... 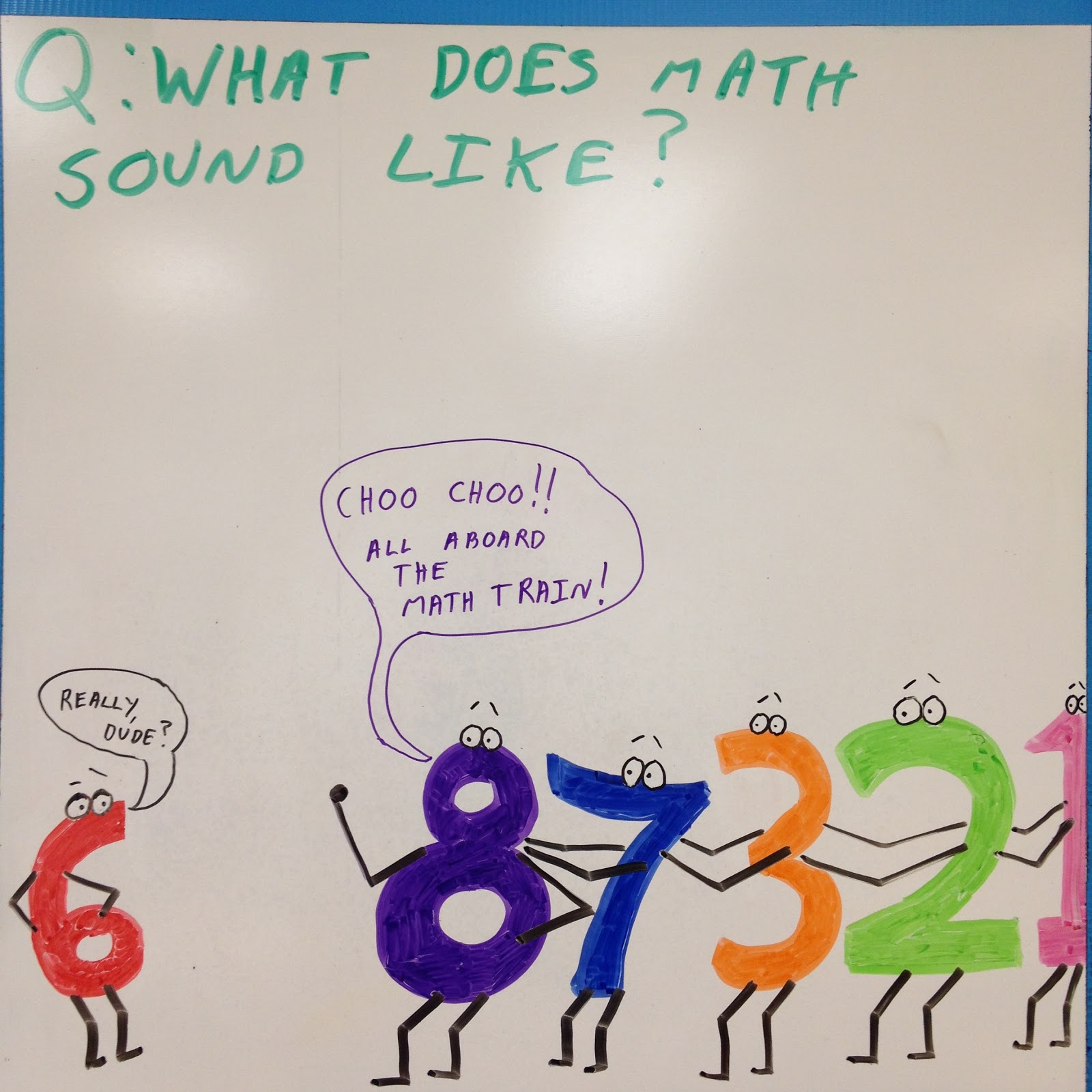