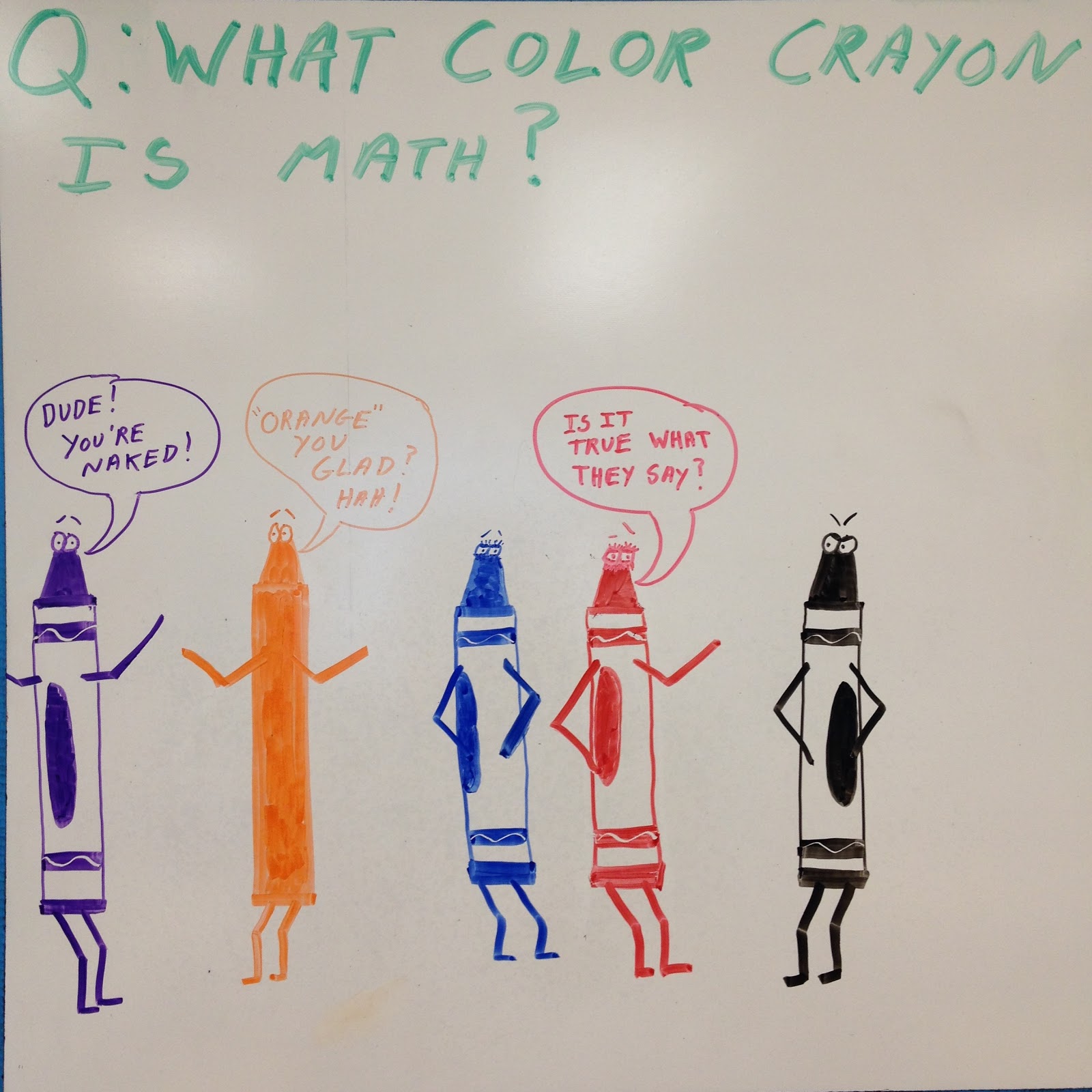 My geometry class ended up being a talk about history that covered thousands of years and multiple civilizations.  We discussed the advances that the Japanese have made since the 1800's, the allegory of Godzilla, why the situation in the Ukraine is happening, and many other topics.

We did actually talk about geometry a bit, discussing angles of depression and elevation and how they relate to the activity that we completed on Wednesday.  They were highly engaged and asking good and important questions.

I frequently feel bad about the number of tangents that I take in this class.  Part of me is deeply concerned about the content and making sure it's all covered.  I worry that someone will walk into my class and fire me on the spot.  As absurd as that may be, I worry about it.  I worry that my students will go home, full of energy and enthusiasm and, in talking about class, give the impression that we aren't "doing math."

Being an "at-risk" district, everything we do focuses around test scores.  As a result, there is constant pressure to be covering content rather than skills.  I have justified my approach to the parents on multiple occasions and they have been on-board.

But I think something in my personality makes me constantly in fear of being fired.


Well, we hit content AND skills in pre-algebra.  I gave them a 4-question open-ended quiz on Wednesday.  I "graded" it on Sunday and it ruined my day.

After my initial upset about the lack of progress on the tests, I took a few hours to think and analyze the answers.  I discovered something interesting.

The calculations that they were doing seemed ok.  Not great, but acceptable and level appropriate.

The reason that all of the answers were wrong fell squarely into two categories:  They either didn't know how to set up the problem correctly, or they didn't answer the question that was being asked.

For example, in a question about price mark-ups, they were asked to find the new price and 75% of the students found the mark-up (correctly).

So today, I handed back the tests with my comments and feedback and we did them again.  I re-wrote the questions in an attempt to make them more relevant (percentage of jellybeans rather than survey respondents.)  I put one question at a time on the board and set up a timer.  I had someone read each question out loud before they worked on it.

One girl sat in the back and shredded her re-test.  Two boys stared at the wall.  One claimed he didn't have a pencil, so I gave him one, he refused to sharpen it and sat there.

But the rest worked very well.  Before they got started, we talked about how to organize an open-ended test so that they made sure they hit every part and answered every question.  I was very pleased with the majority of the work that I saw.

In period 8/9, 15% of the students didn't bother redoing their quizzes, even knowing that failing to do so would result in a zero.

It will take a lot more practice to get there where I want them to be and we only have about 7 weeks left, but I'll keep at it.


Apparently, our new web filter thinks that Estimation 180 is WAY too entertaining... 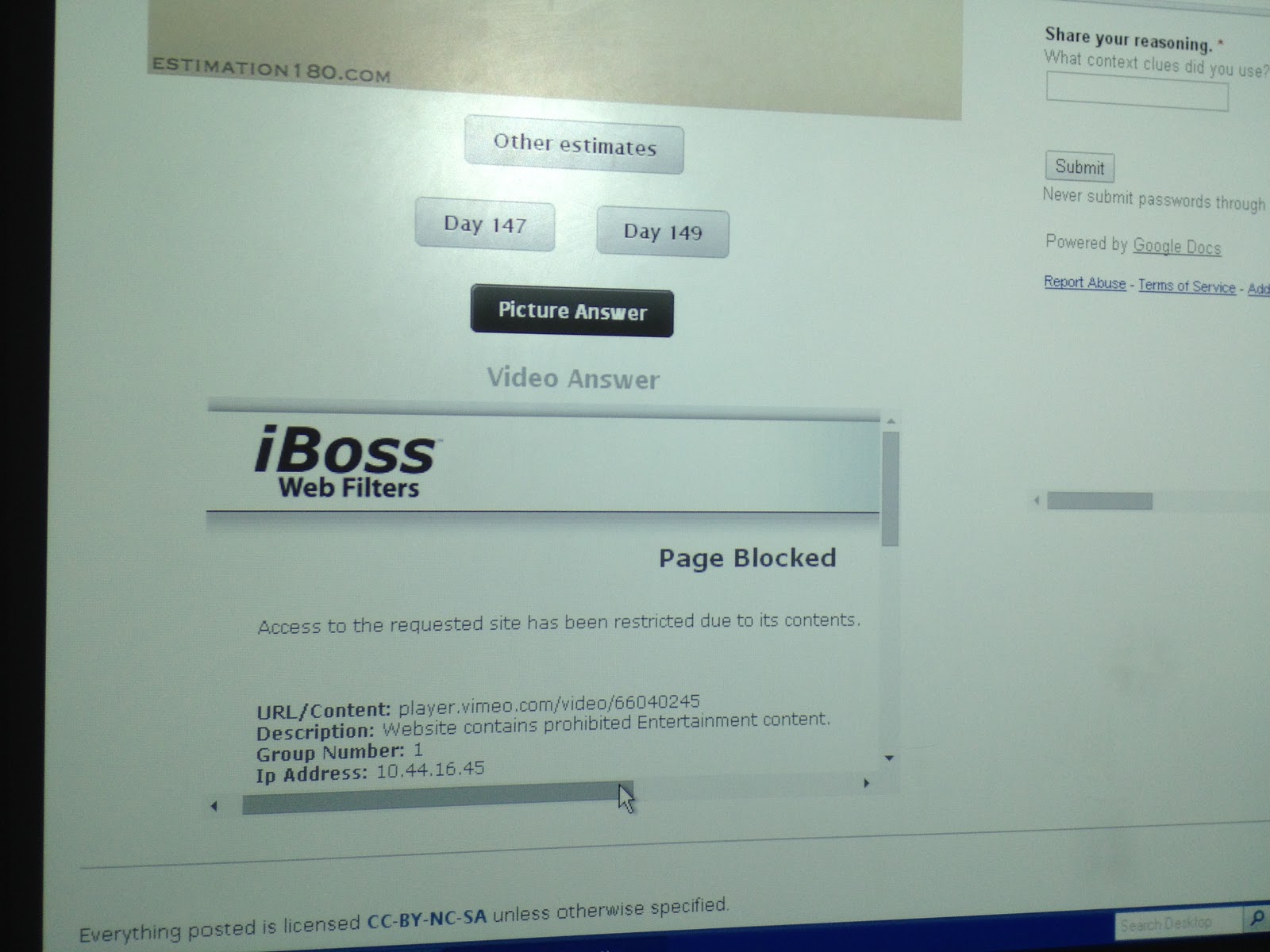