Day 149: Arguing With Myself 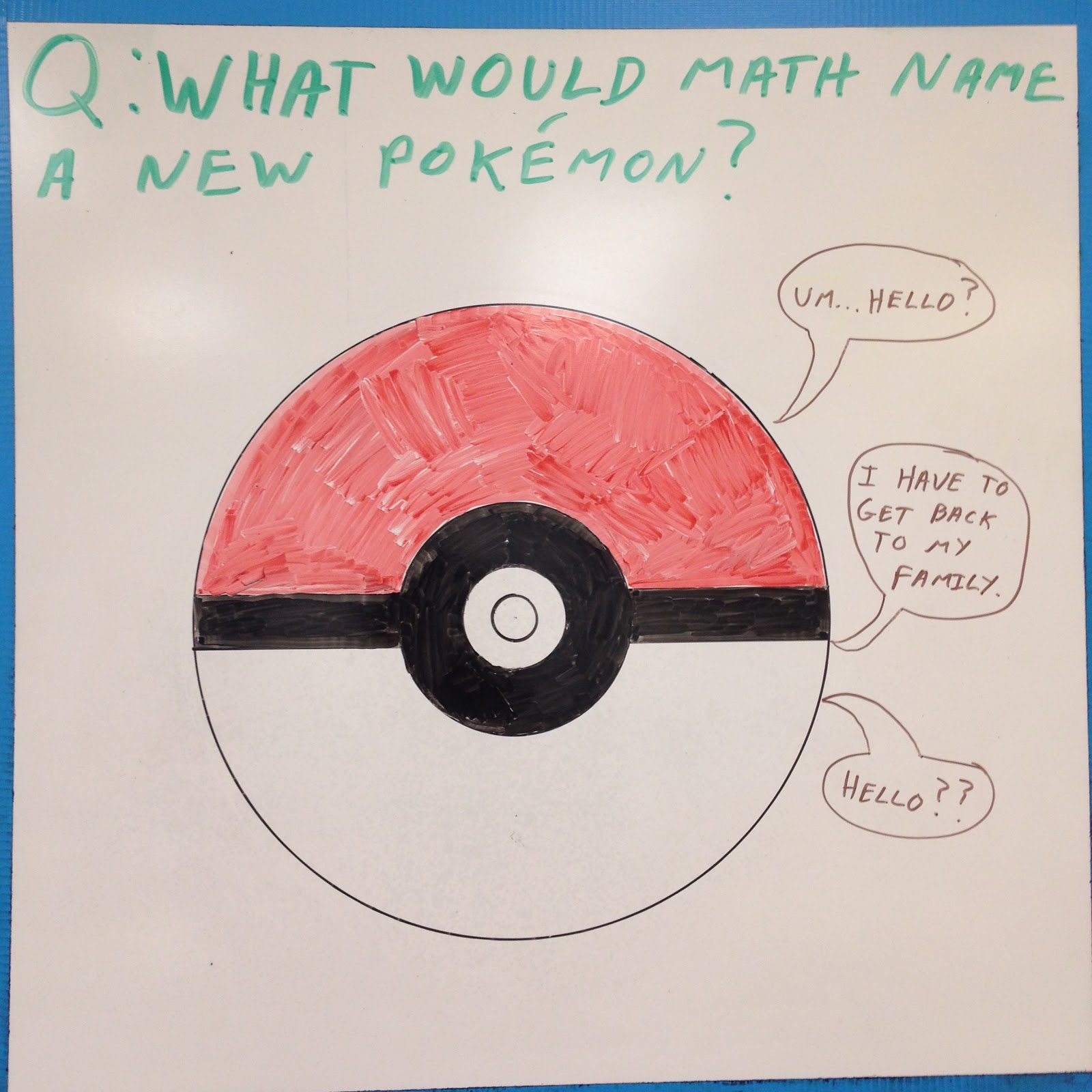 70% of my geometry class went on a field trip today and, for some reason, many of my other students were missing as well.  With that many kids out, I didn't want to start anything new.  On top of that, I'd been hammering them all pretty hard recently in terms of content and critical thinking, so I thought I would give us all a break.

Before they left, I handed out the Chapter 7 test to Geometry.  They are now used to my assignments of "write a solution guide" but I asked for questions  and they had none.  With the remaining students, we talked briefly about how parallax and triangulation are used to determine the distances to far stars with measurements taken every 6 months.

I wish I had developed something for this part of the lesson, rather than just a side note at the end (an end note?) but I am not a good planner.  The first two parts of the lesson, however, were awesome!

In pre-algebra, We are nearing the end of the chapter and are now working with simple interest.  With so many kids missing, I took the opportunity to assign some practice work and was able to give attention to individual students in the class.

As frustrating as I find that class, there are a ton of a really great kids in it.  We don't do a good enough job of teaching them how to set long term goals and rise above peer pressure.  Individually, they are awesome kids.  As soon as you put them in a group, they have to perform, showing off and generally acting like the jerks that they aren't.


After yesterday's incident with the whiteboard, I was tempted to erase it before the kids came in for period 8/9.  I had a moment (several hours long) where I wrestled with what to do.  I had my own version of angel and devil sitting on my shoulders.  In this case, it was Old-Teacher Justin and New-Teacher Justin who were vying for my attention.

Old-Teacher Justin: "Those disrespectful miscreants! You work so hard to create new pictures and questions every day.  You try so hard to develop interesting and engaging lessons and they don't care!  They are lazy and rude and don't care how much effort you put into the class.  They are disrespectful to your property and think you should be spoon feeding them everything!  Erase it! Leaving it up will show them that it's ok to behave in the fashion the way they do."

New-Teacher Justin: "Don't be absurd! You KNOW that's just your frustration and annoyance coming through.  It wasn't a class effort that smudged your board, it was one individual.  Just because you don't know WHICH individual doesn't mean that you should punish the entire class.  In addition to that, it's a dry-erase board.  It is, by definition, impermanent.  A student smudging it just means it was going to get erased an hour or so earlier than it otherwise would have.  Being angry at the class is petty and unbecoming of a teacher.  You are striving to be better and letting this one go is a step in the right direction."

Old-Teacher Justin: "All of that may be true, but so what? If you punish the class, the message will be clear: treat other people's property respectfully!  A group punishment will encourage the kids to police each other."

New-Teacher Justin: "Their job is to be 13 and 14.  Not to 'police' each other.  Group punishments only show them that adults are unfair.  It further creates an 'us versus them' mentality.  They struggle with so many things, both academic and not, why would you want to add to it?"

Old-Teacher Justin: "I'm preparing them for the harsh realities of  ... reality."

New-Teacher Justin: "No. You aren't. You're showing them that they can't ever win or get ahead.  Worse than that, you're coming up with BS excuses to justify your own actions, which are happening out of anger rather than out of concern.  You're a bully masquerading as an educator."

But I NEVER want to be a bully again.

I can be angry.  I can be frustrated.  I can be so annoyed that I want to scream and cry and tear my hair out.

But I never want to be a bully.

New-Teacher Justin won the argument today.  He won't always win, but this year he's been winning more often than not.
Email ThisBlogThis!Share to TwitterShare to FacebookShare to Pinterest