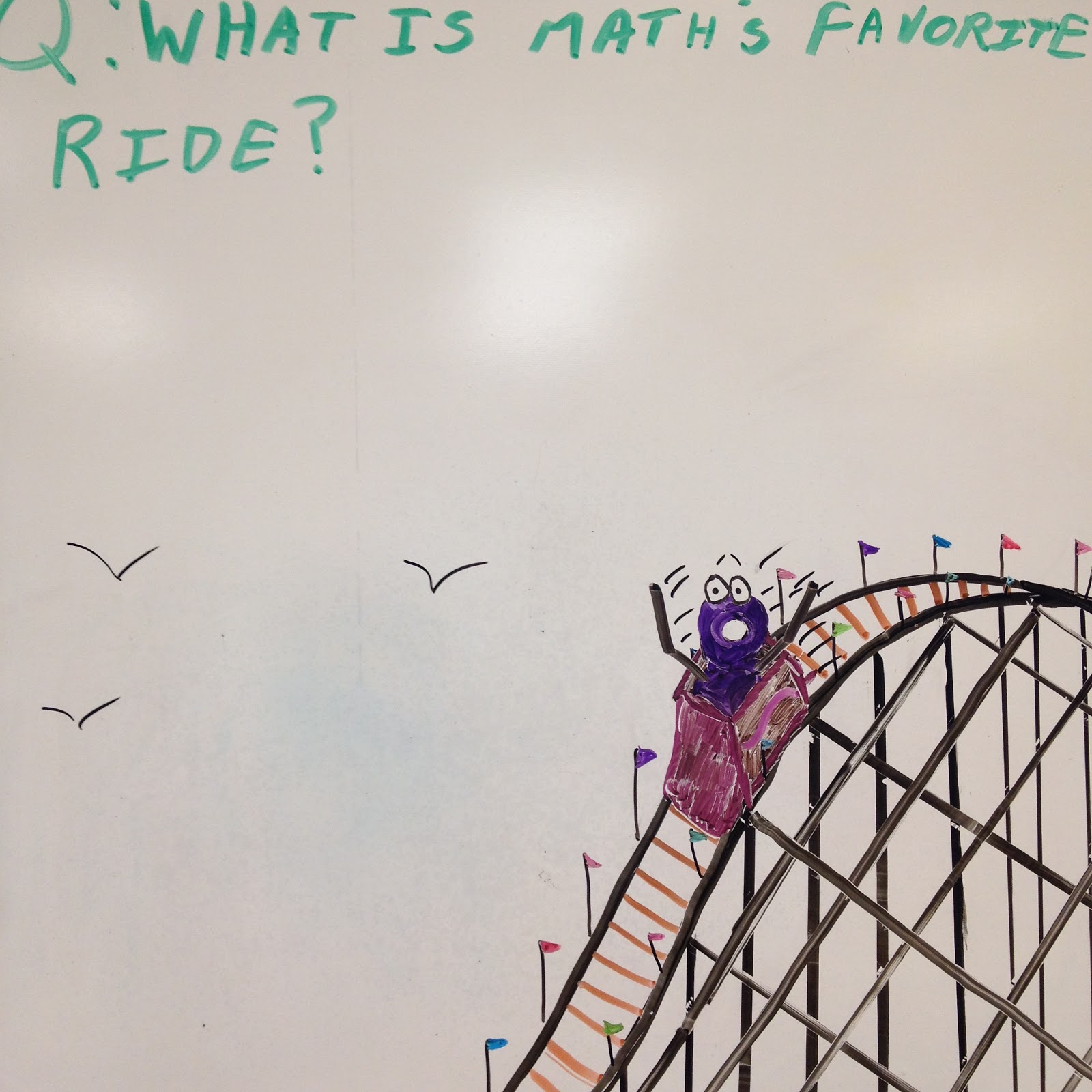 Warning: The final picture in this post contains profanity.

With only about a month left, we won't be able to hit all of the topics that I want to hit.  As a result of that, I came up with an idea last night and implemented it today.

Our text books (Glencoe) provide a ton of worksheets that range in difficulty for all manner of teacher-directed learning as well as student-directed.  I use the Study Guide, Practice and Word Problems to put together workbooks for the pre-algebra classes and we use for classwork and reference.  They are good for practice and reference, but not much else.

What they DO have in each section is an "Enrichment" page that takes the basic idea from the chapter and asks students to apply those concepts to something practical. The newest chapter in Geometry is about quadrilaterals and I figured with all of the work we've been doing with triangles and logical thought, this would be a good place to make them stretch their brains.

I selected four pages of Enrichment from a chapter that we haven't talked about.  They could do any three and use any reference they wanted, but I needed to see what they did.

The four tasks that they could choose from were:

Instead of starting with practice and moving to the application, I started with the application to see what they can figure out.  I would MUCH rather have them figure out the complicated stuff than simply repeat the easy stuff back to me.

Also, I will provide remediation for those who aren't ready for the complex stuff.  This way, the advanced kids can keep moving and the ones who need help can get it.


We also finished the chapter in pre-algebra.  I have been giving them pre-tests the day or two before to help them assess what they know and what they need to study.  I'm not sure that it's achieving those goals.  It seems more than students are using it to find out what they will get on their tests the next day.

What I want to be happening: "Oh man! I got a 60% on the practice test. I'll make sure to study the ones I missed tonight!"

I have a student (well, several who do this, but this one in particular) is always at the center of the problems in my class.  Most of the time it's because he was away from his seat, minding other people's business and not keeping his hands to himself.  As a direct result of his actions, other students are usually hitting him or yelling at him.

I can't seem to get him to understand that if he would just leave other people alone, he wouldn't be getting in trouble.  He constantly feels like the victim, as though he played no part in anything around him and trouble just finds him.

I expect this from a toddler, but I don't know how to address it in a young adult who refuses to engage in a conversation about it.

I found another piece of graffiti today that was directed at me.  I've decided now that I will be adding to the student graffiti rather than getting angry with them.  I rather enjoy the addition that I made today. 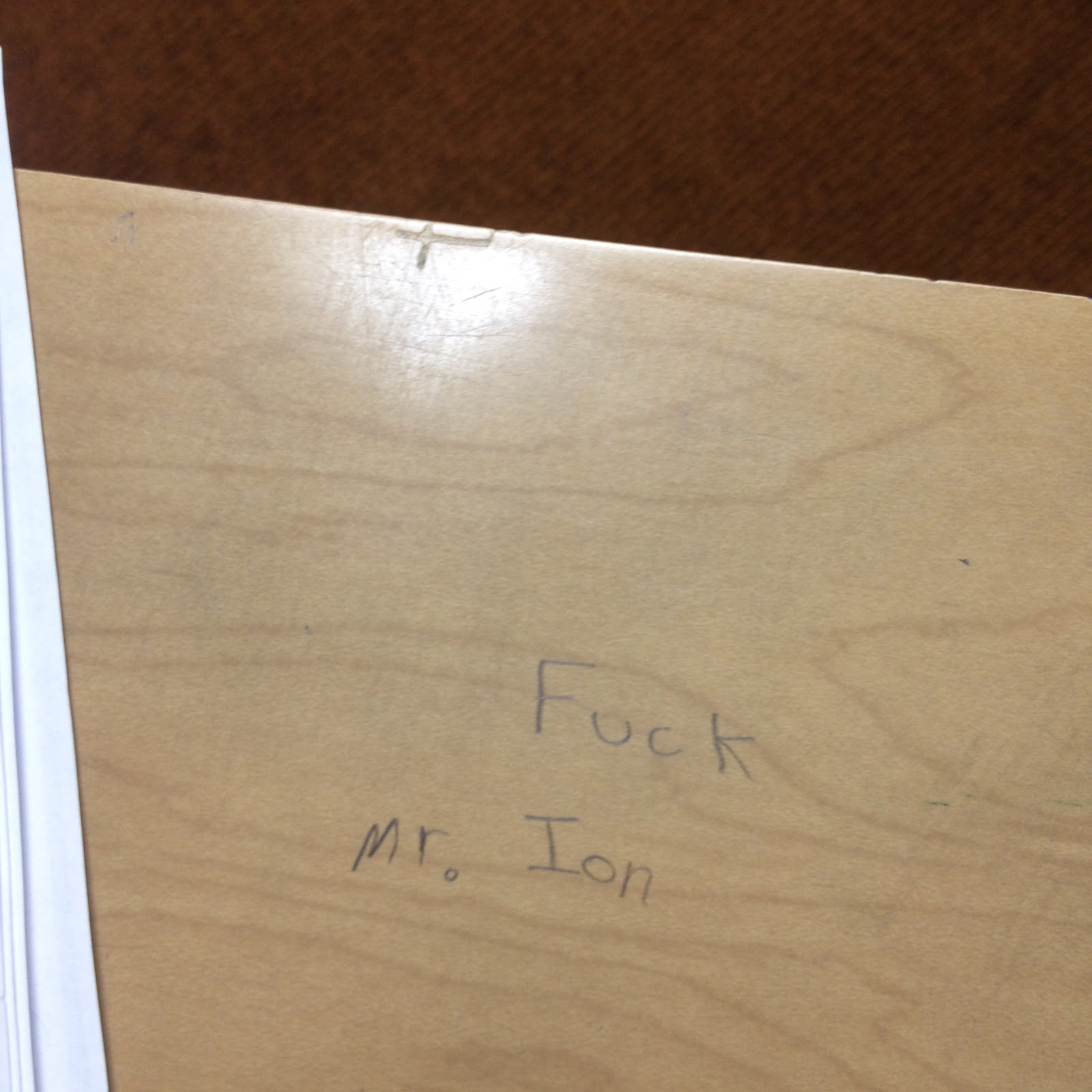 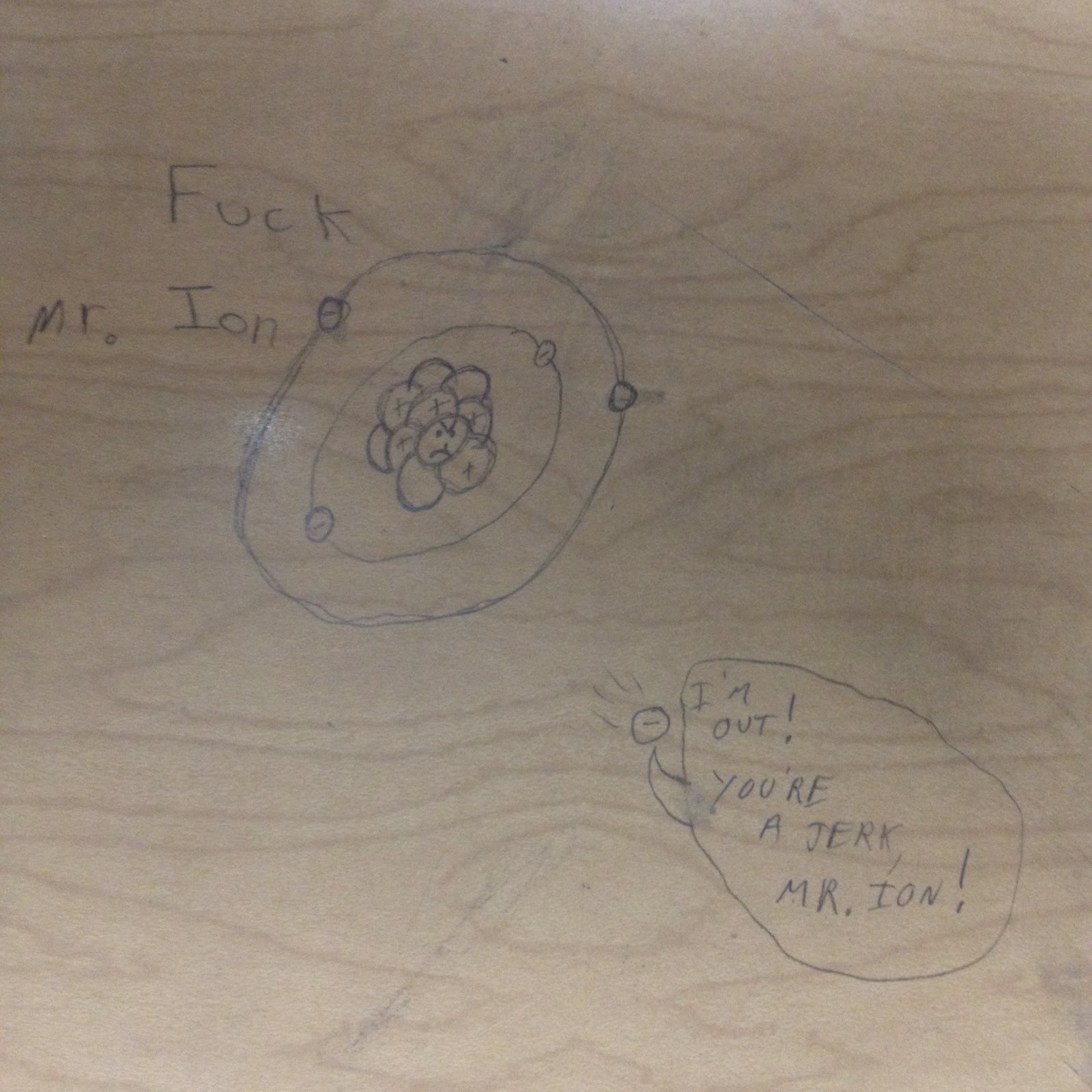