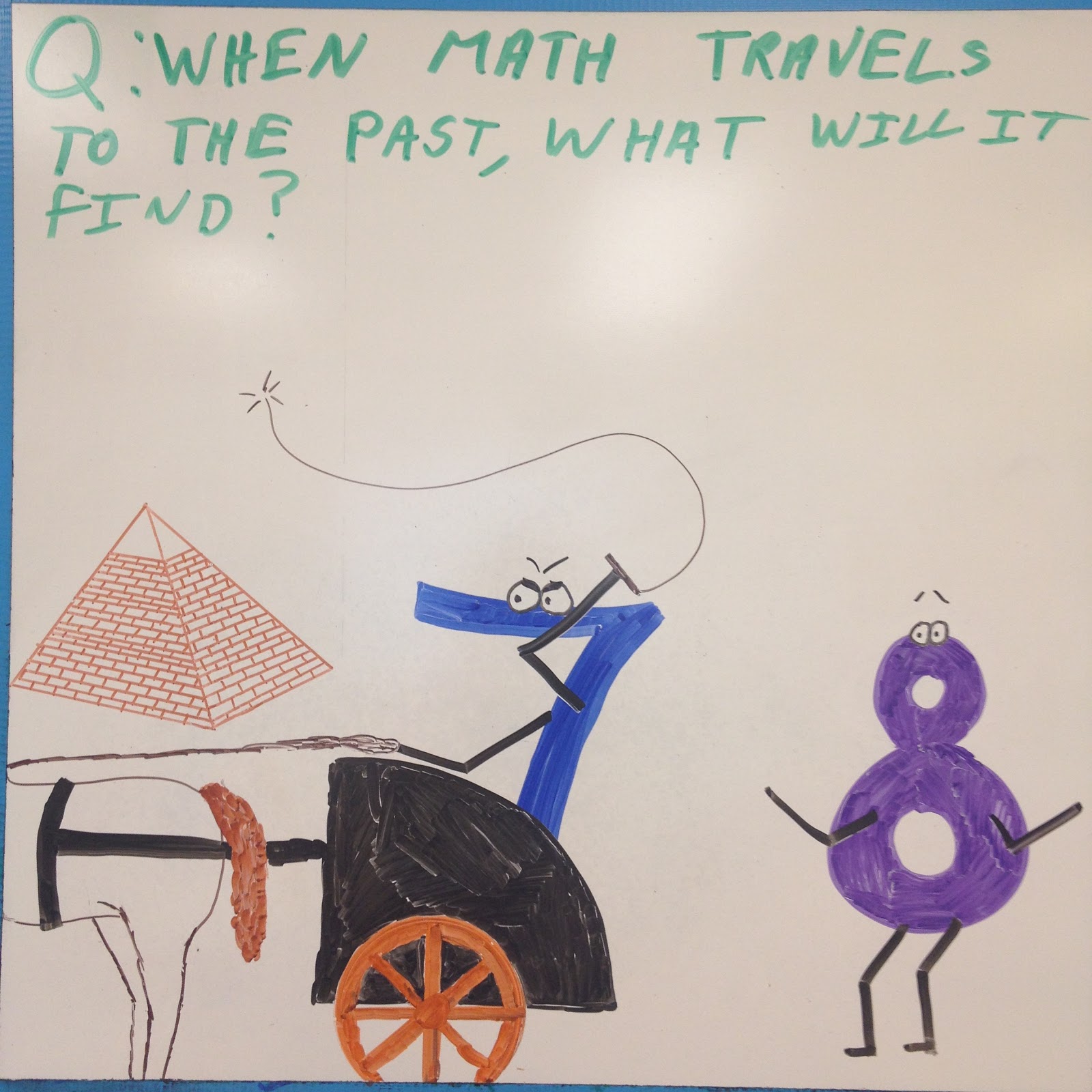 After demonstrating quadrilaterals with GeoGebra yesterday, I wanted the geometry kids to play around with it a bit today.  The "class set" of laptops was going to inadequate, so the computer teacher was nice enough to let us use his room.

Good News:  All of the computers were equipped with GeoGebra.

Bad News: When students added a slider, half of the programs froze.

Good News: All of the computers were equipped with Vision software so I could take control from the teacher desk and demonstrate more effectively than using the overhead.

In the end, I demonstrated a few things and let them spend the rest of the time creating, exploring and finding things on GeoGebraTube.  With one exception, every student in the room was on task and exploring.  I heard several cries of "COOL!" and "Where did you find that? I want to do it too!"

I hope that I can figure out a way to get them on there more often. I'd like to find or create a set of tasks that would help direct students through the circle explorations.

In pre-algebra, we finished talking about complementary and supplementary angles.  Then I had them work on some questions that were more later thinking.

Listening to the discussions, I was fascinated by the directions that the students went.  Several kids argued that they could just pour the 4 pint and the 9 pint together and let the extra 3 spill out.  A few others began arguing about how many cups are in a pint and tried to convert them to quarts.

I tried to move them back in the direction they needed to be by asking specific questions.

"What are we trying to find?  Do we need cups or quarts?"

They got back on track until I went to help another group, then looked up conversion tables again.

Even after 9 years of working in education, I still have trouble sometimes knowing when kids are being purposely obtuse or if they genuinely don't understand.  This extends beyond content.

I had a student arrive to my class late, then enter the room WAY too loud and disruptive.  When I told him to go back out and try again, he pitched a fit, claiming that he didn't understand why he was being singled out.  When I tried to explain it, he yelled over me and walked off.

It's too hot to be fighting with kids.  Especially kids who enter my 80 degree room wearing sweaters...

Talk about not understanding how students think...


Period 8/9 was completely out of control.  There were 4 students who refused to stop singing, talking, crying, moaning, whining.  Once I sent them out of the room, the other 20 kids were able to learn.  Every time I brought them back in, they became disruptive again.

It feels like giving up on them, and I know that it is, but I don't know what else to do.  They are not responding to my interventions.  Parent calls have yielded no results and the disruptions are constant.  I feel awful for the rest of the students in my class whose needs I can not meet as a result.

I don't know what to do.
Email ThisBlogThis!Share to TwitterShare to FacebookShare to Pinterest