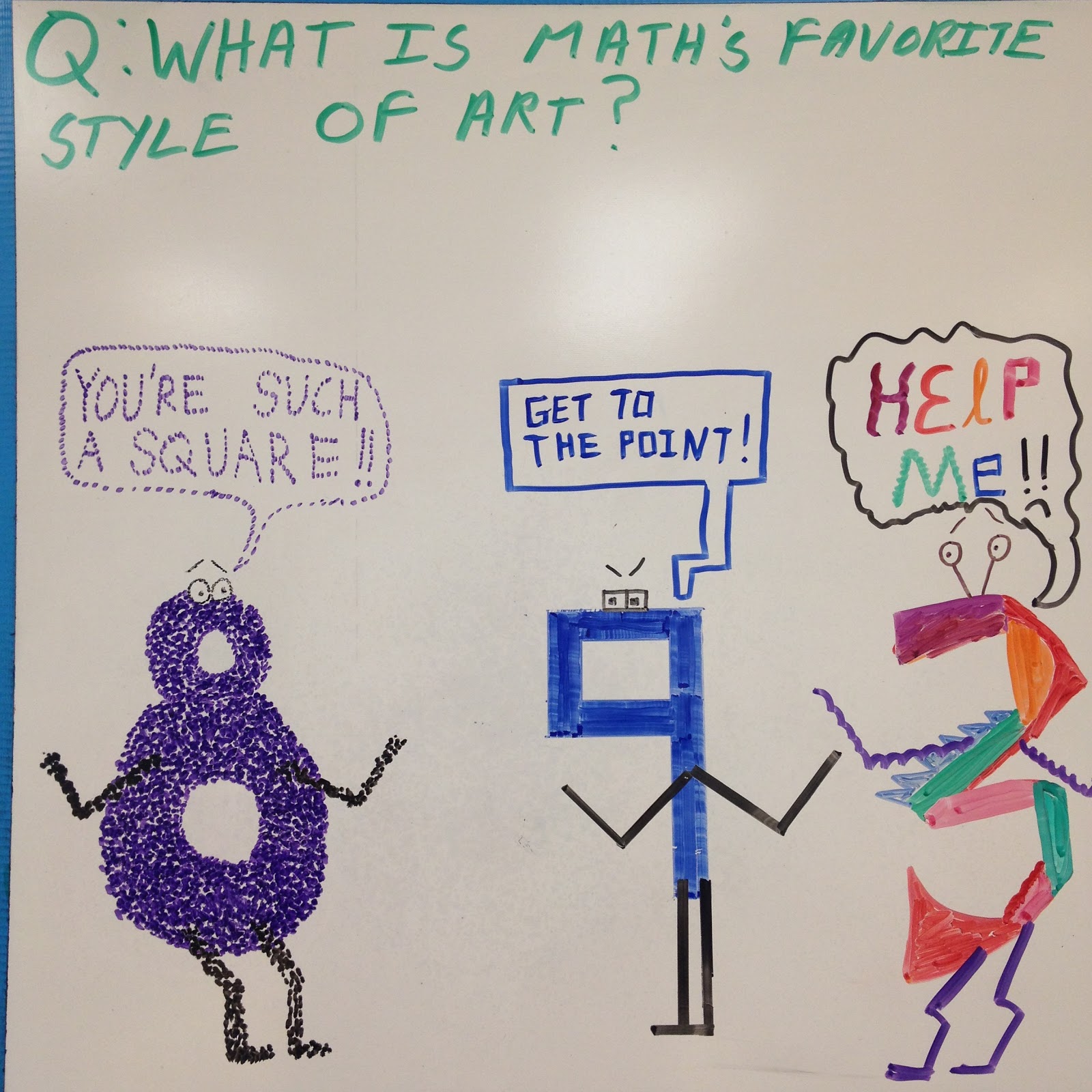 The following is a non-exhaustive list of topics that I talked about in geometry before the students began working on their games:

I absolutely LOVE how interested these students are.  Not once since the beginning of the year has anyone in the class ever asked me "Mr. Aion, can we get back to math now?"

It seems like an odd thing to ask, but I hear it frequently from my pre-algebra students.

In pre-algebra, a student arrived to my class wrapped in a blanket and without shoes.  She seemed genuinely confused as to why she was being singled out as someone who was not allowed in the room.  Again, it comes back to my question from the other day about telling the difference between when a student is confused and when they are being purposely obtuse.

In the middle of a quiz, another student asked to go to the nurse, claiming it was an emergency.  At the same time that I noticed his sweater was tied around his waist, other students started making comments about a smell.

This is my life somehow.

The rest of the class was great! One of the homework problems (which 20% of the class attempted) dealt with boats and they asked about how boats were constructed.  I was willing to take the tangent because they were deeply interested and asking good questions.

Then they had a quiz.

It was an individual quiz, but they were whispering to each other and I noticed something.

If I give a group quiz or a partner quiz, their conversations are WAY off task.  They laugh and talk about their shoes and the weekend and they don't collaborate on the quiz.

If, however, I give an individual quiz and tell them not to talk, they quietly work VERY well together.  As was the case yesterday, after I threw out 2-3 key players at the start of class, the rest of the students worked very well and productively.

In addition, I received and email today notifying me that I would be getting a new student in my class at the end of the week.
Email ThisBlogThis!Share to TwitterShare to FacebookShare to Pinterest