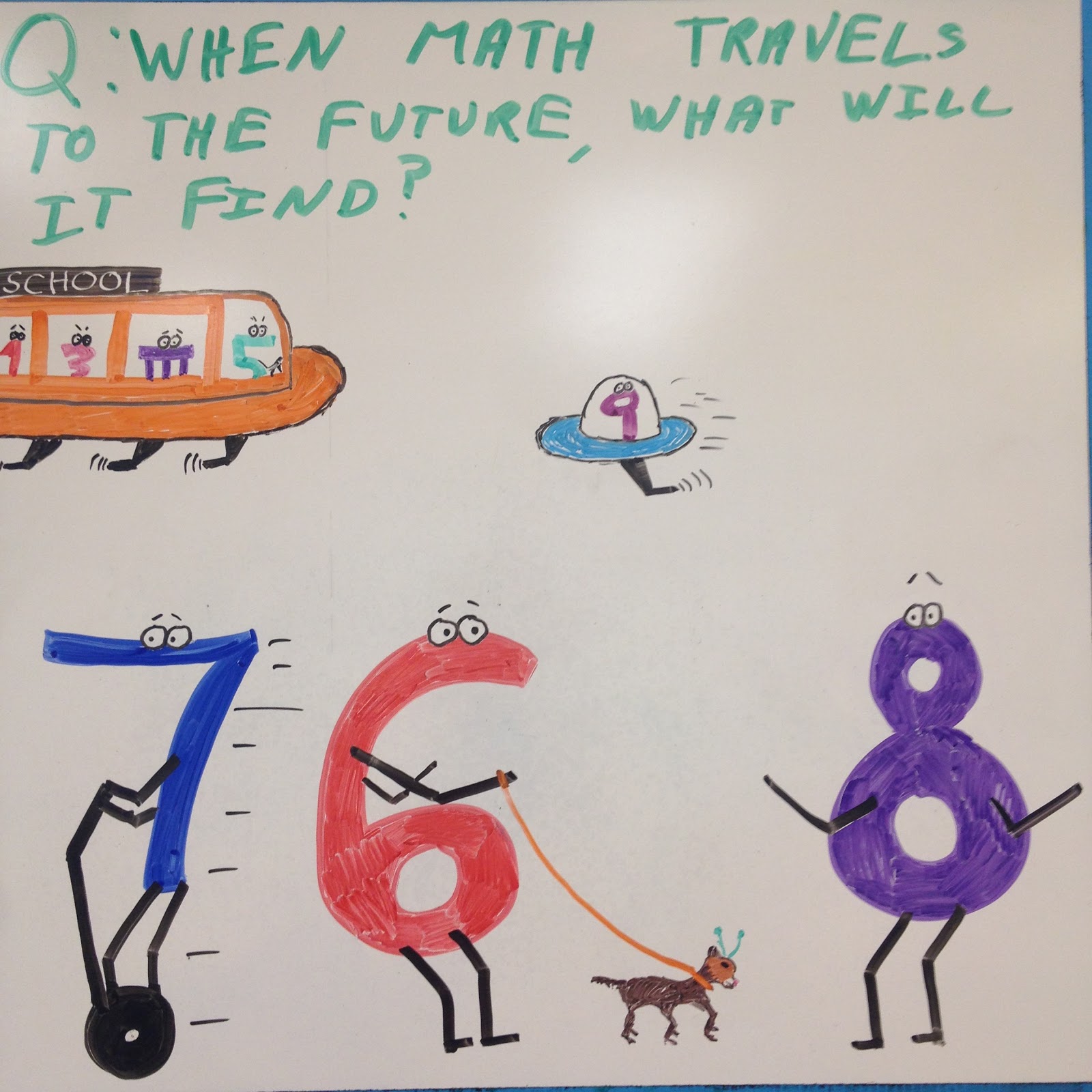 I've been running (mostly) regularly for almost 2 years now.  My runs can be broken down into the thoughts I have based on the percentage of my run that I've completed.  It has nothing to do with the distance that I plan to run.  It usually goes something like this:

10%: "Hmm... This doesn't feel awesome.  I was hoping to do more, but I may only do what I planned and run a little extra tomorrow."

95%: "Almost! Almost! One foot in front of the other! Sprint to the end to boost your pace just a bit!"

Today makes 86% completion of this school year.  I am finding myself having exactly the same feelings and thoughts.

My room is hot, my kids are sweaty and loud, my energy is low.

I desperately want to phone it in.  I can feel myself asking easier questions than I would have 3 months ago.  I'm finding it easier to justify letting my kids off the hook more and more, although for very different reasons.

In geometry, I've been pushing them full-steam for months without letting up.  We've been doing activities and projects, having discussions and debates.  I am so proud of everything they've done.

As a result, I'm justifying my current lack of push by saying "They deserve a break."  This is true, but they'll get their break over the summer.  I hope they won't take it as a break.  I hope they use it to push themselves, discovering new things, playing with new software, asking new questions.

In pre-algebra, I've been pushing them full-steam for months without letting up.  I can't, however, see any progress or even evidence that I've been pushing.  I think they are better off than they were at the beginning of the year, but I don't think it's been a year's worth of growth and I certainly don't think the kids this year have grown as much as my students in previous years.  I find this VERY distressing since I believe fully in the power of what I've been doing this year.


The other analogy that comes to mind is that of Sisyphus.

In geometry, I had a VERY heavy boulder.  It took an insane amount of energy to get it rolling, but once it did, it rolled downhill under it own power.  I was there to keep it moving in the right direction and to give it a push when it got to a bump or a ditch.

In pre-algebra, the boulder feels much lighter, but it is going uphill.  There was slick patches on the hill where my feet keep slipping and I've lost my grip on the boulder several times.

I think there is a great value in both of these.  They both require a ton of energy and I wouldn't claim that one is better than the other, except to say that I think I'm better at the former than the latter.  Fixing that will take practice.


The analogy of Sisyphus falls apart in June when I pass my "boulder" to the next teacher and hope that I have given it enough guidance.

But knowing the end is near might actually make it harder.  It's so close.  How many teachers look at the clock and say "There's only about 5 minutes left.  Just hang out until the bell rings"?  If the school year were a 40-minute class, we would be in the last 5 minutes.


So today I started playing around with GeoGebra a bit more.  I found a very cool applet that deals with exploring quadrilaterals and the geometry class was able to talk about the properties of those shapes.  I had them make conjectures about lines of symmetry and various angles.

Our discussion led to an interesting question: What do we mean by the "center" of an object?

When we were dealing with triangles, we had incenters, circumcenters and orthocenters and they were almost never the same point.  What do we mean by center?

We left it open and I goofed around a bit more on GeoGebra, experimenting with different tools.

In pre-algebra, I used the program to introduce the concept of parallel lines and the various properties of the angles that are created by having those lines crossed by a transversal.  I was pleased with the lesson itself, starting with a single line and building up one angle or ray at a time, until we got to a parallelogram.

The students were less than impressed, and many passed out, but it may have been due to the fact that the room was 82 degrees.

Once I realized I had lost most of them, I started cruising around on GeoGebraTube to find something fun and stumbled on a pendulum wave motion applet.  The kids asked how it was done and I created a VERY simplistic version of it, illustrating simple harmonic motion of a point.  They were impressed.

I have reserved the laptop cart for tomorrow, so I'm hoping to get the kids onto GeoGebra to play around a bit themselves.

Now, I have to run and then, hopefully, go to sleep.